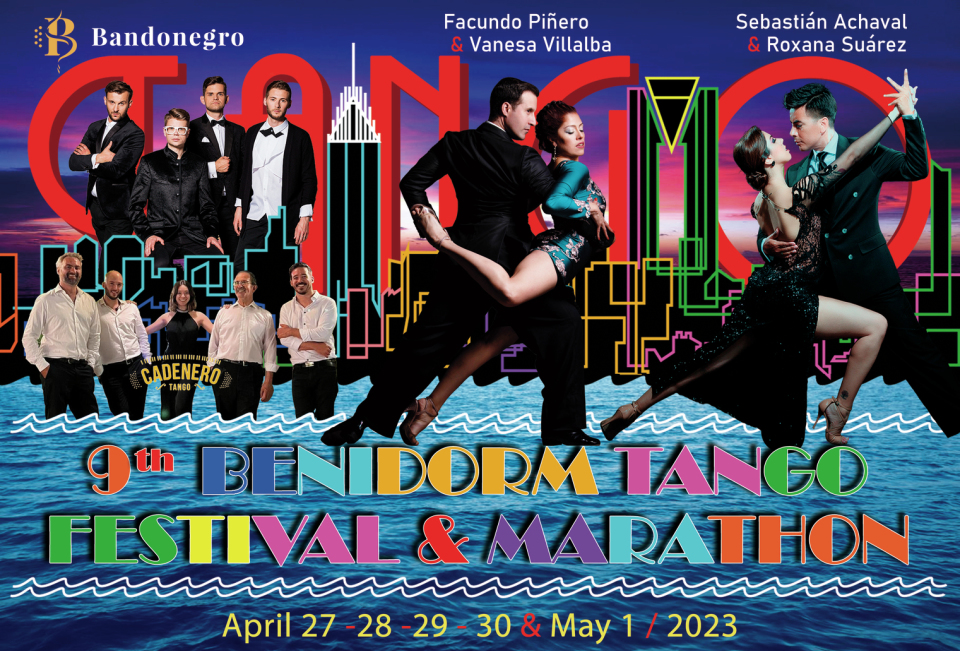 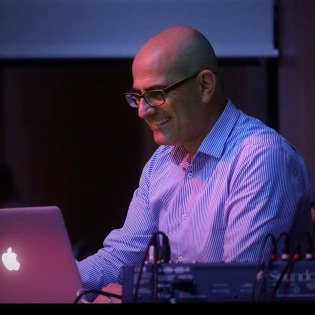 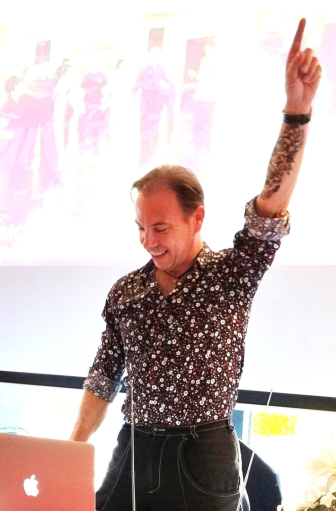 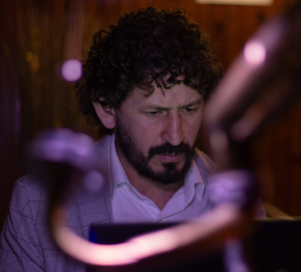 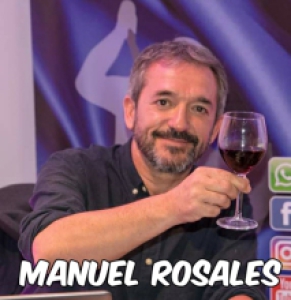 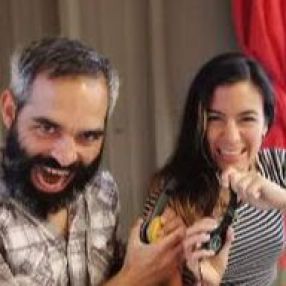 As a former classically trained flautist, a dancer of 30 years which includes over 21 years dancing tango milongueo style. Having learned his tango in Buenos Aires, Jonathan is afforded an in-depth understanding of musicality and the transitional flow of energy between Argentine tango dancers. As a full-time Argentine tango teacher, performer, milonga and encuentro organizer (with Olivia Levitt over the past 16 years), Jonathan has DJed in excess of 600 milongas, including Encuentro Port Townsend, Encuentro San Francisco, Newport News Encuentro, Pioneer Encuentro, Wine Country Encuentro, Encuentro New Orleans, The Tango Meeting and Vida Mia Encuentro (Tenerife, Spain), Valentango closing night DJ --focusing on the best songs from the Golden Era of tango. Jonathan’s extensive DJing experience has allowed him to develop a highly attuned feel for the selection of the music, the energy of the dancers and the timing of the tandas -- facilitating the silent conversation, the sustained connection and highest levels of consciousness between dancers. 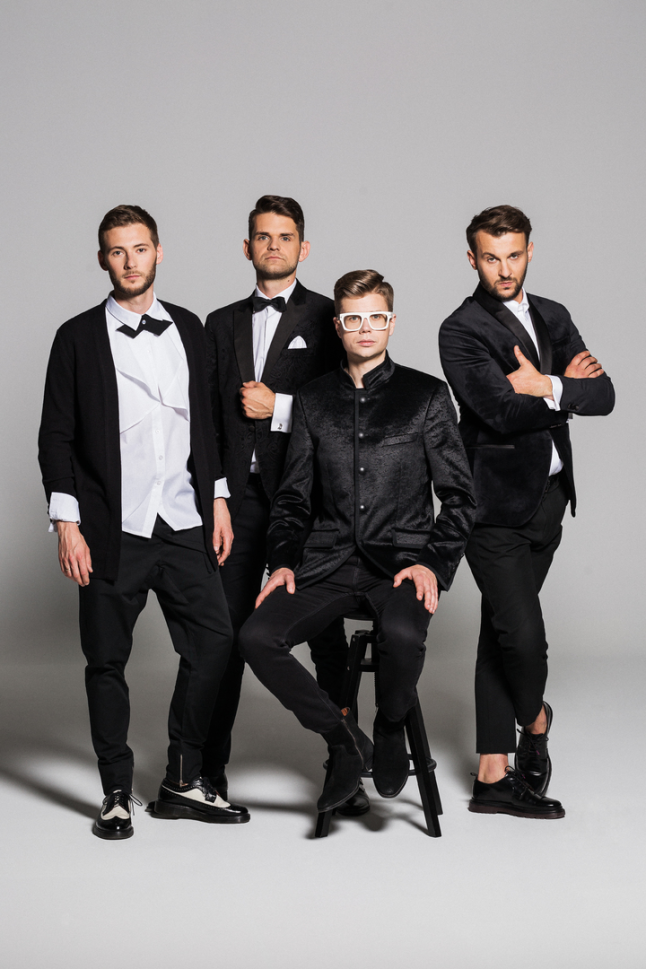 Bandonegro is a world-class European tango ensamble, founded in 2010, one of the most intriguing and recognisable performers of this musical style. They specialise in both the traditional Argentinean tango and tango nuevo, as well as compose their own pieces adding the elements of jazz and classical music. Their incredible passion, ideas for music, fresh sound and unique style that is perfect for dancing have won the hearts of audiences all over the world as they are deemed the best tango orchestra of their generation.

At the very onset of their carrier, when they were 18, Bandonegro won the international competition “PIF Castelfidardo” in Italy, and only a year later, they recorded their first album “Tango Nuevo by Astor Piazzolla”. Since then, they have been constantly intensifying their activities aimed at the promotion of the tango in their home country- Poland by performing in prestigious concert halls, philharmonics and musical theatres.

In 2019, Bandonegro was on a five-week tour in the Argentinean Buenos Aires, performing in numerous prestigious clubs, for example, Canning or La Viruta, and during the Argentina Tango Salon Festival. They presented a special version of “Gallo Ciego” during the finals of Buenos Aires Tango World Cup – the largest tango event in the world. As the only Polish artists so far, they had an opportunity to perform for José Colángelo, the last Troilo orchestra pianist, and Fernando Suárez Paz, a legendary violinist, who was a long-standing member of Astor Piazzola’s quintet.

Bandonegro has already recorded 5 albums published by prestigious Polish record labels: Dux, RecArt or SJRecords. “Tanchestron” (2017), “Tangostoria”(2020) and “Color Aires” (2022) are more traditional, whereas “Tango Nuevo by Astor Piazzolla” (2011) and the original “Hola Astor” (2019) present a fusion of tango and some elements of jazz and rock, which has been deemed revolutionary by music critics.

The musicians more and more often turn towards composing their own pieces for such renowned institutions as, for example, the German Association of Public Broadcasting Corporations ARD or Henryk Wieniawski Musical Society of Poznań. Bandonegro has received a scholarship from the Mayor of Poznań for their exceptional musical achievements, and a Medal of Young Art, awarded to talented artists from the Wielkopolska Province. They have also been granted an honorary patronage by the embassy of Argentina in Poland.

“In the last 12 months these young Polish gentlemen have become one of the most popular bands performing on the most important milongas and festivals in the whole Europe.”

“Unique energy and exceptional sound. There are four of them, but it sounds as if it was an orchestra consisting of ten!”

“Your music reaches deep into the heart. I’m happy that I could listen to you!”

“I never expected that Poles could play such a fabulous TANGO! Great respect!”

“Bandonegro isn’t just a band, it’s a phenomenon on the Polish music scene” 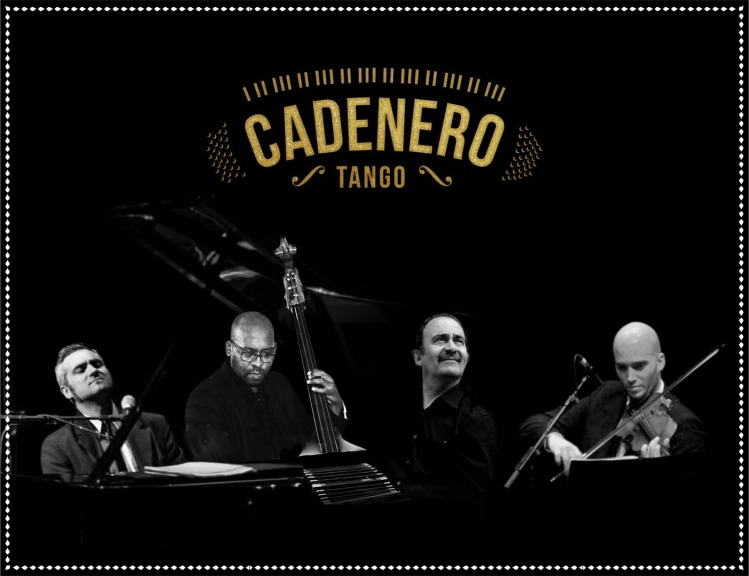